NOTE: If you are having a heat emergency, please call the office immediately. Do not use e-mail to alert us to an emergency. Thank you! 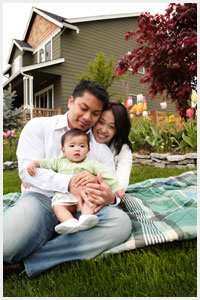 We've upgraded our heating oil to Bioheat® Fuel, which simply means a percentage of biodiesel is blended with conventional heating oil: in our case between 2% and 5%.

This transition at our facility began in early September 2009. It made sense to us to fill our tanks for the upcoming season with this performance-enhancing petroleum product that is not only substantially cleaner but also cuts down our carbon footprint and increases efficiency. Our supplier says it best, "It's simply the right thing to do."

This product has been on the market in other areas of our country for the past 20 years. It has been tested, tried and true, attaining the ASTM (American Society for Testing & Materials) certification. Our network of suppliers assures the product brought into Stem Brothers, Inc. will be of the viscosity and lubricity demanded by the colder temperatures in the Northeast. We also treat our oil with additives so that your equipment will run more smoothly.

We are certain you will be pleased to be associated with this green, renewable product and at the same time participate in assuring American energy independence.

What is Bioheat® Fuel?

Why should I use Bioheat® Fuel?

How much is Bioheat® Fuel going to cost me?

Do I have to do anything to my heater?

How do I know this is going to work when I need it?

You can order Bioheat® Fuel online using this convenient form.